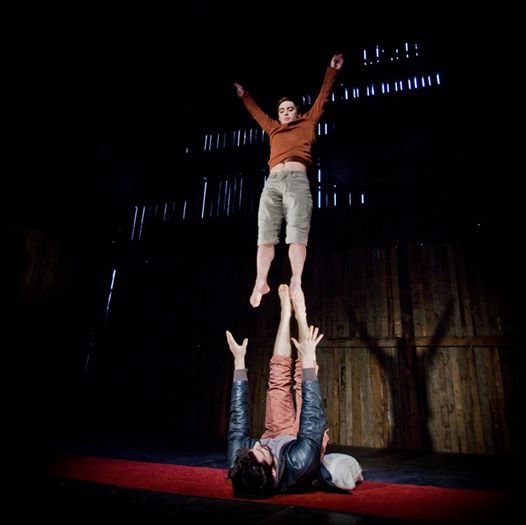 This session will begin with a focus on the solo movements most helpful for learning dynamic popping skills. You don’t need to be able to perform a standing front tuck to be good at Icarian, but understanding your body in space and some aerial awareness is key. William will cover some of the tumbling movements most important to start leveling-up.

We will also work in this session on the best partner drills for clean, consistent pops that are an absolute pre-requisite for bigger, riskier skills. Whether you are newer to Icarian or have practiced a lot, you’ll get some individual attention with tips and advice for becoming super-calibrated in your training.

In this workshop we’ll build on strong foundations to work towards more advanced Icarian skills. Interested in pops into or out of foot-to-foot? Want to work towards front tucks or castaways? Advice and drills will be given for bases to generate power while maintaining accuracy, and for flyers to increase body awareness for more skillful shape changes. Some experience with Icarian is necessary to join this workshop.

After twelve years of high level competition in tumbling (acrobatic/gymnastic), William went into the circus world where he started icarian games as his main discipline in Ecole de Cirque de Quebec. He graduated in 2013 and had the chance to perform in Australia, Germany, Austria, France, Switzerland, Italia and Canada. William performed with famous companies such as Cirque du Soleil, Palazzo cabaret (Germany, Austria), GOP varieté (Germany) and he will soon start a new world tour with the Canadian company: Flip Fabrique.

Before September 15:
EARLY BIRD RATE:
$50 per person person per session
$90 for both sessions